MCK’s professionalism and excellence have given us the possibility of working with clients of all types and sectors, generating relationships based on mutual trust.

SOME OF OUR CLIENTS SAY: 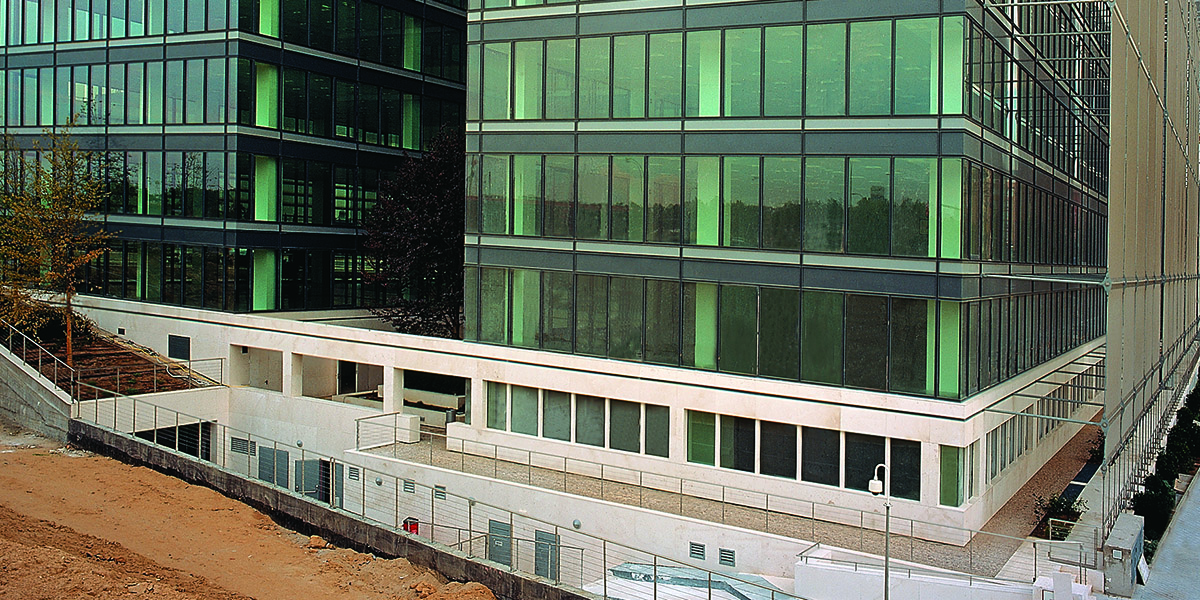 In the design phase MCK’s contribution was fundamental in identifying potentially conflicting points for construction phase, trying to combine the conceptual design that the owners wanted with the practical and efficient design required by every project.

At MONTHISA we had the opportunity to work with Gerardo Muchinik/MCK during the development and promotion of the office building “El Pórtico”, an office building of 20.000m2 above grade located in the “Campo de las Naciones” in Madrid.

Throughout the process Gerardo/MCK showed professional and personal skills of high level. In the design phase his contribution was fundamental in identifying potentially conflicting points for construction phase, trying to combine the conceptual design that the owners wanted with the practical and efficient design required by every project.

During the execution phase, Gerardo/MCK showed great problem-solving capability in the face of the different problems posed, always seeking to achieve the objectives marked by the property in the best possible way.

At all times, it was very simple the collaboration of Gerardo/MCK with the different teams that took part in the project. There were 3 years of work in which their participation was an important part of the success of the project as it was. 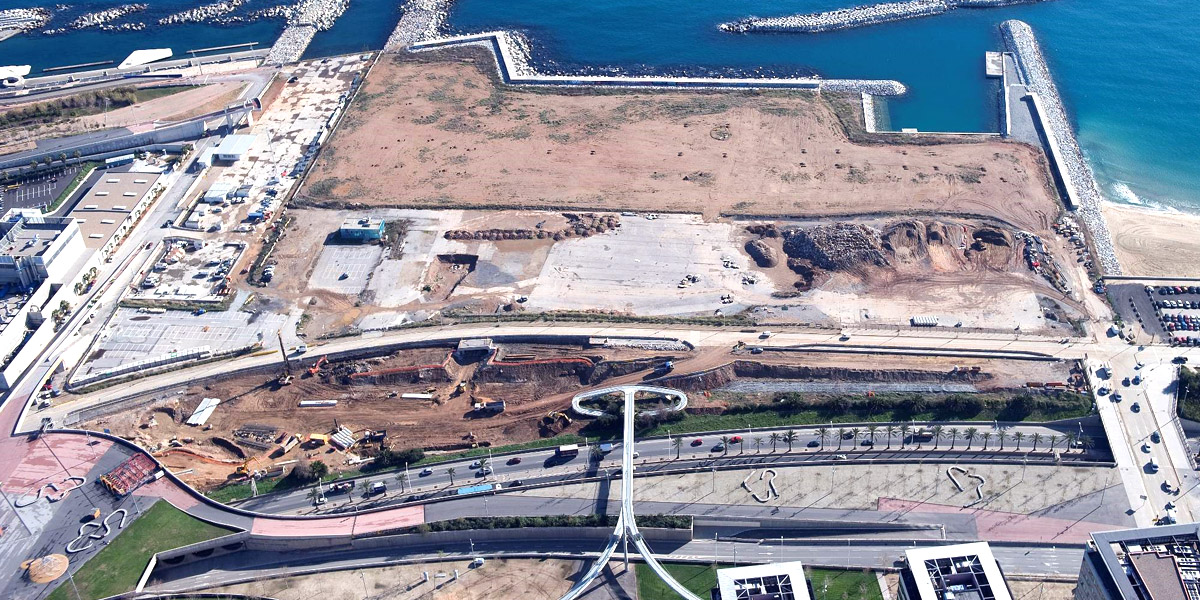 At all times, Gerardo/MCK was a key team member in ensuring projects were de-risked to their maximum ability, were built on time and on budget.

As Director General for Hines in Spain for nine years I had the pleasure of working with Gerardo Muchinik/MCK who headed up our Construction Management team.  I found Gerardo/MCK to be a great professional with fantastic technical and managerial talents.  He successfully managed a wide range of projects including office, retail, residential and infrastructure.  At all times, Gerardo/MCK was a key team member in ensuring projects were de-risked to their maximum ability, were built on time and on budget. I highly rate MCK/Gerardo’s development management, construction management, risk management and consultancy skills.  Very importantly he is a pleasure to work with. 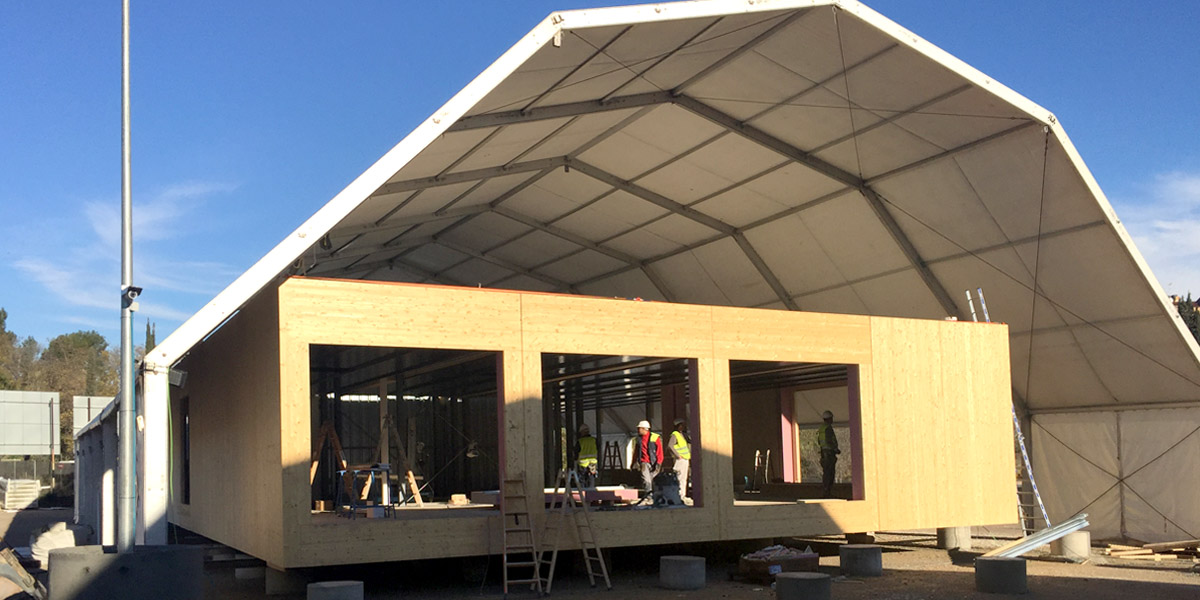 MCK is not only a highly technical company, with a lot of experience and trajectory in the development of projects.

MCK is not only a highly technical company, with significant experience and career in the development of projects. Its director, Gerardo Muchinik is a person who knows how to lead the different multi-disciplinary teams, who knows how to convince and involve his team-mades, and in turn have a close and friendly personal treatment. In these years of close cooperation in several public projects, I have been able to appreciate his professional capability and above all his involvement in specific issues of safety and health he considers of great importance, along with all the others. I hope to continue to have the opportunity of cooperating in further projects. 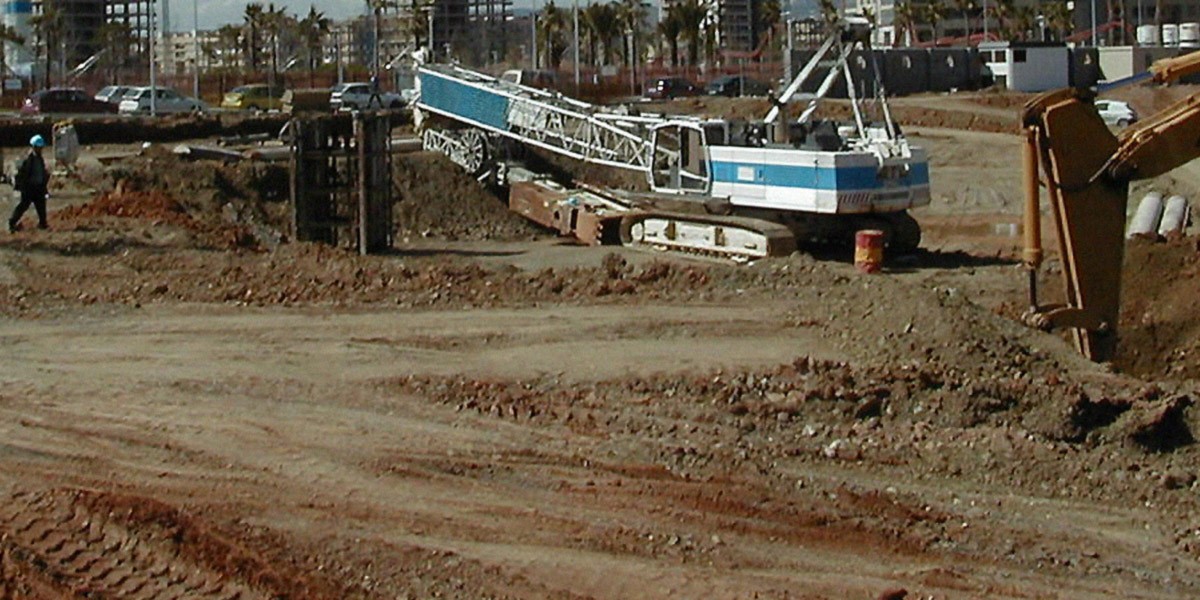 I had the privilege of being a partner of Gerardo Muchinik/MCK for several years in the 80’s.

I had the privilege of being a partner of Gerardo Muchinik/MCK for several years in the 80’s. A very difficult time to build in Argentina.

When we began working together, and despite being very young, he already had a outstanding career as Civil Engineer in very important projects that allowed him to choose where and who to develop his career with.

Fortunately, he decided to associate with Architect Daniel Mintzer and myself to found G&D, which eventually became G&D Developers, a real estate development company with more than 20 years of presence in Buenos Aires, USA, Uruguay and several other cities in Argentina.

There is no doubt that his professionalism, rigor and ethic were key pillars at the beginning of our activity as developers. 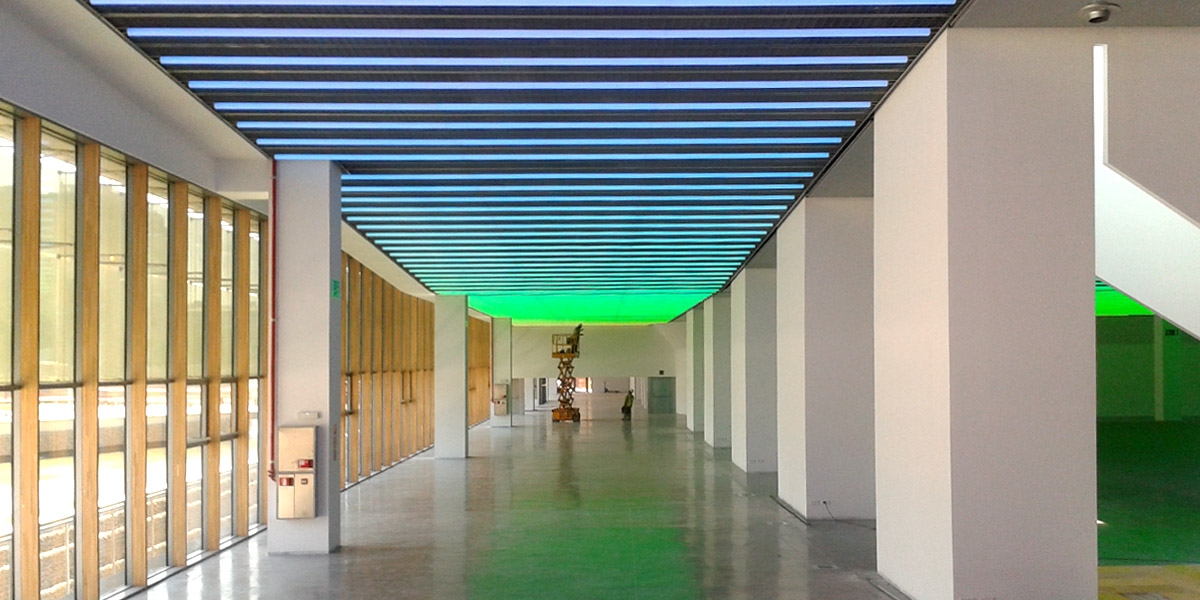 MCK was the project manager who cooperated with us professionally and effectively.

Two years ago, we opened the Museu del Disseny de Barcelona (Barcelona Design Museum). The work was long and complex because the Museum covers a large area of land and comprises spaces for a wide variety of activities: permanent exhibitions, Documentation Centre, warehouses, offices, workshops…

Undoubtedly, managing all these different projects demanded rigorous coordination and close monitoring. The Museum relied on BIMSA (Barcelona D’Infraestructures Municipals), and MCK was the project manager who cooperated with us professionally and effectively. 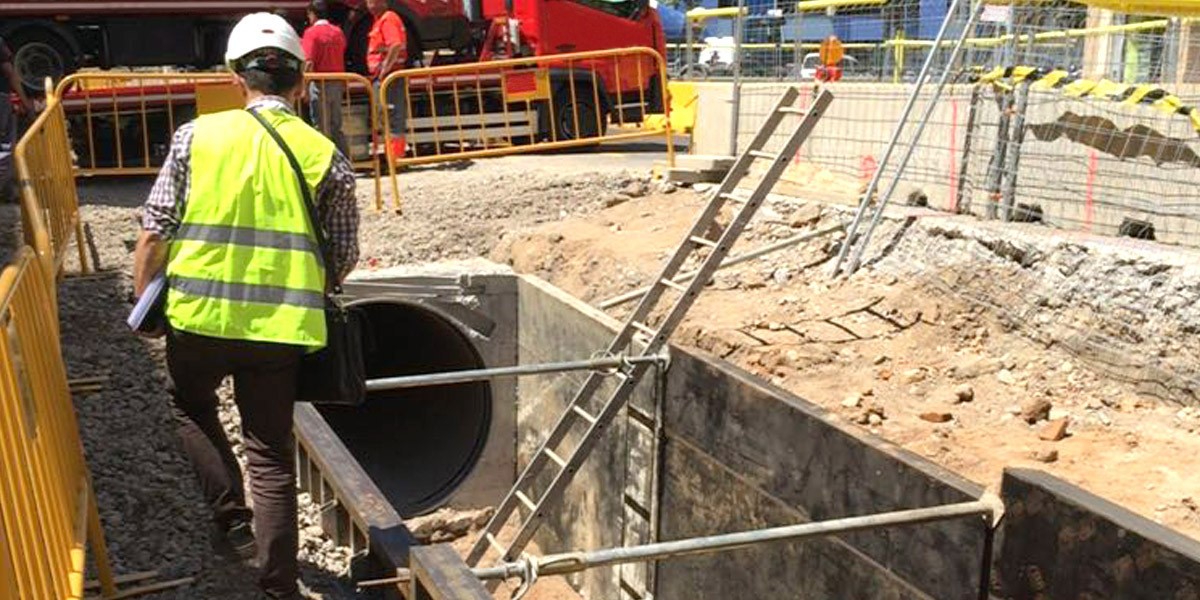 MCK managed the projects anticipating all technical requirements of different public companies among which there were overlaping.

During the year and a half that I collaborated with MCK in a Project Management of a new high-rise office building on “Calle Granada” 150 (150, Granada Street), 22@ District in Barcelona, MCK managed the projects anticipating all technical requirements of different public companies among which there were overlaping. Thanks to the efforts and favourable reports of Barcelona Cicle de l’Aigua S.A (BCASA), the Àrea Metropolitana de Barcelona (AMB), l’Agència Catalana de l’Aigua (ACA) o l’Agència de Residus de Catalunya (ARC), the work license was granted timely, fulfilling the deadline. 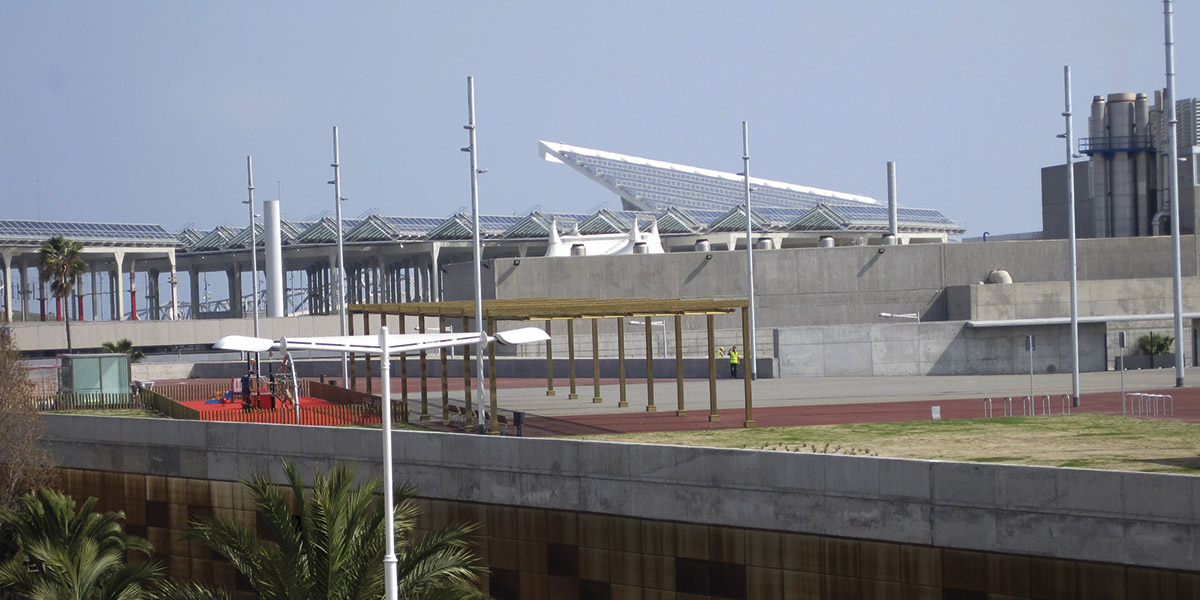 The highest compliment I can give to a person is that I would welcome the chance to work with them again and that is definitely the case with Gerardo/MCK.

I worked with Gerardo Muchinik/MCK in Barcelona from 2000, when he joined Hines, until 2003, when I moved on to Moscow.  Our paths crossed periodically through Hines Europe projects and events until Gerardo/MCK left Hines in 2009.

Gerardo/MCK and I were directly involved in the construction of Diagonal Mar, where he led the construction management of very successful residential, office and infrastructure projects as well as kicking off projects in Madrid.

Gerardo/MCK is knowledgeable, very professional and has good people skills.  The highest compliment I can give to a person is that I would welcome the chance to work with them again and that is definitely the case with Gerardo/MCK. 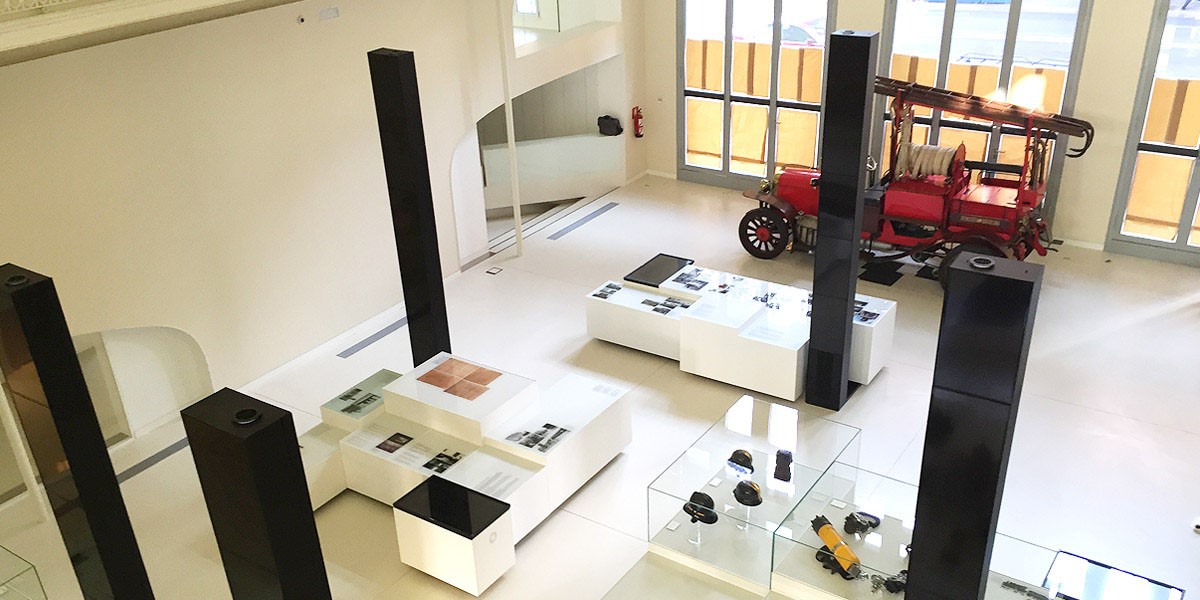 MCK’s participation in this contest has been fundamental.

Today we are a little closer of achieving our dream. A little closer of having a new VHIR building to help us continue to make today’s research the tomorrow’s medicine to be able to improve people’s lives and to become the best research institute in Southern Europe. A building that, in addition, will initiate the process of transformation that the whole campus needs and that we will thank to all that we work every day.

For us, it has been a motivating and very enriching process in many ways. One of them, to be able to count with a technical commission and a jury with so high level that we could not even imagine when we started.

MCK’s participation in this contest has been fundamental. Thank you for being part of this process of transformation and change that will bring the research that is done in the VHIR, and the excellence of the campus in the city, in Europe and in the world.

This website uses its own and third-party cookies to collect statistical information on user navigation and improve its services with their preferences, generated from their browsing habits. Likewise, we inform you that this website complies with the provisions of the LSSI-CE and the RGPD. In this sense, cookies will not be stored in your terminal for purposes that the user has not consented to.
Accept
Read more
Preferences
Cookie Box Settings
Cookie Box Settings

Decide which cookies you want to allow. You can change these settings at any time. However, this may make some functions unavailable. For information on deleting cookies, please consult the help function of your browser. Learn more about the cookies we use.

With the slider, you can enable or disable the different types of cookies:

Save and close
Go to Top